So the other night I had the pleasure of attending Urbane Restaurant for another degustation, under the guidance of Head Chef (and a man I'm proud to call "friend"), Alejandro Cancino.

As many of you would know, Alejandro calls himself "vegan at home". He's a big supporter of the vegan movement and is an excellent example of someone who complements and works with people to achieve progress, rather than shoving propaganda down people's throats and pissing them off. He has successfully opened the eyes (and tastebuds) of many of the food community I've watched scoff at vegan food for years. He's winning over the militant vegans who used to bitch about him for cooking meat at Urbane. He's also The Queensland Good Food Guide 2013 Chef of the Year. The fact that he's hugely inspirational, animated, and a really lovely guy doesn't hurt either.

For those of you who haven't been to Urbane in a while, you'll notice less of a focus on molecular gastronomy than when Kym Machin (The Queensland Good Food Guide 2012 Chef of The Year!) was at the helm. Kym is another of my favourites, now running his own "cafistro" called "Bare Bones Society", which I also highly recommend. Kym is also an immensely talented Chef  - particularly with vegan food.

Below are the 8 courses (plus bread, amuse bouche, and bonuses) we were served. My companion was enjoying the omnivore degustation at the same time, so some of the amuse bouche were mixed vegan/omnivore. We were both really, really impressed by the fact that the vegan degustation was not missing anything or "less than". Both omnivore and vegan degustations were totally on par in terms of taste, texture and flavour enjoyability.

I'm going to keep the commentary light - my memory fails me because I was enjoying it so much in the moment - and you know the food was good - I don't need to tell you that. Dining with Alejandro is an experience I wish everyone could have. Names of menu items are in italics.

Note to other chefs reading: it's so great to be able to get creamy sauces, potato, charred flavour, and a variety of proteins (and I'm not talking three cashews over 10 courses), in an upscale restaurant. Please consider this when feeding vegans - it really helps add that missing component and stops us leaving your restaurant unsatisfied.

The service was good - in particular, a charming, infectiously kind bearded man, and a very efficient blonde woman. However, I was a little unsure how to take our first waiter's comment of "here you go, Brisbane's finest" when he brought our tap water, to the table, though, with an odd smile. I may be humourless at times, but that's not generally the first introduction I expect from a waiter in a fine dining restaurant.

Overall, A winner, as always, and so far, the best degustation I've attended at Urbane. 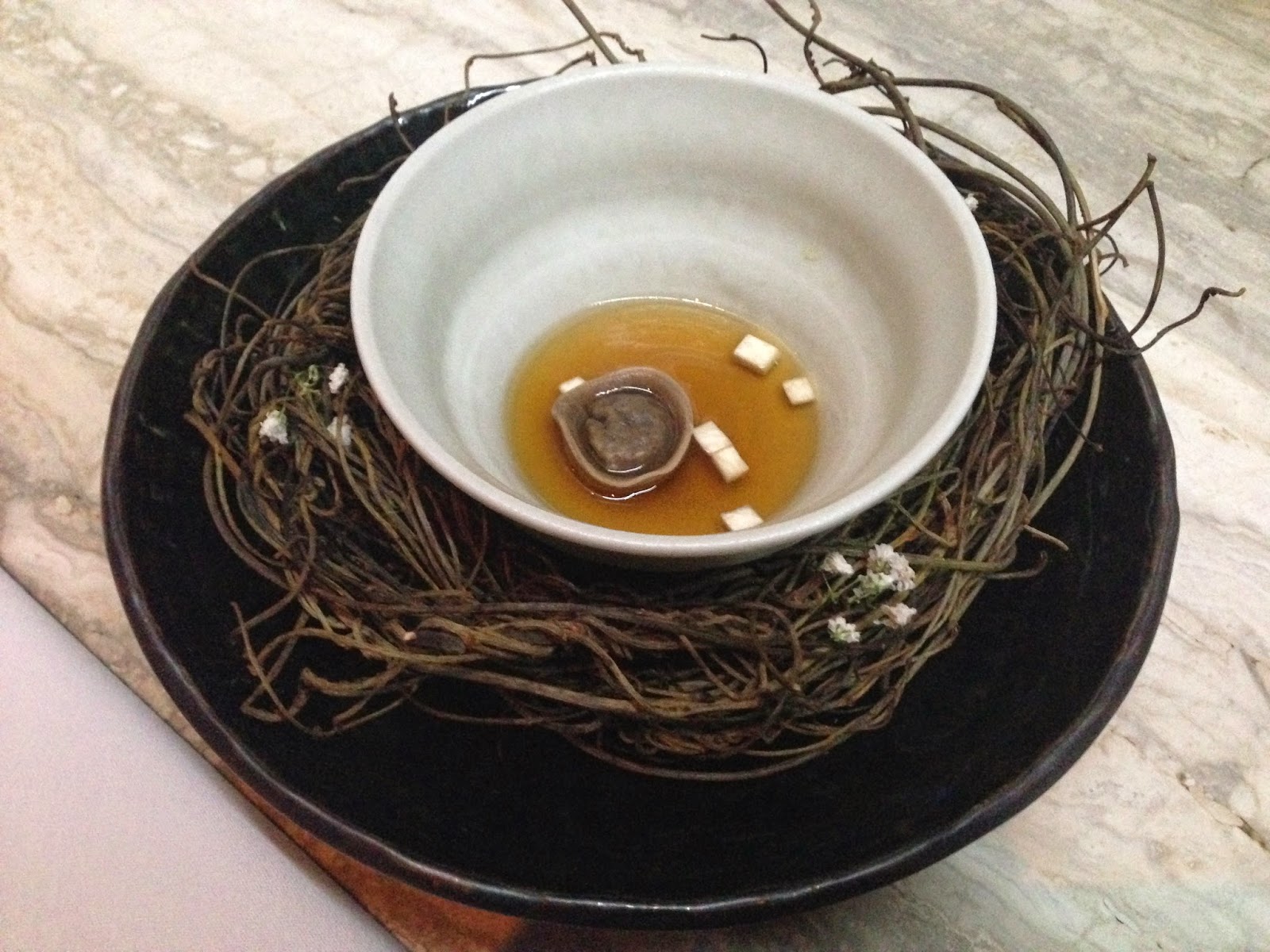 Shitake consommé. This was perfect. Such a delicious, umami broth, holding the best dumpling I've ever eaten. Mushroom richness with the dial turned up to 1000. 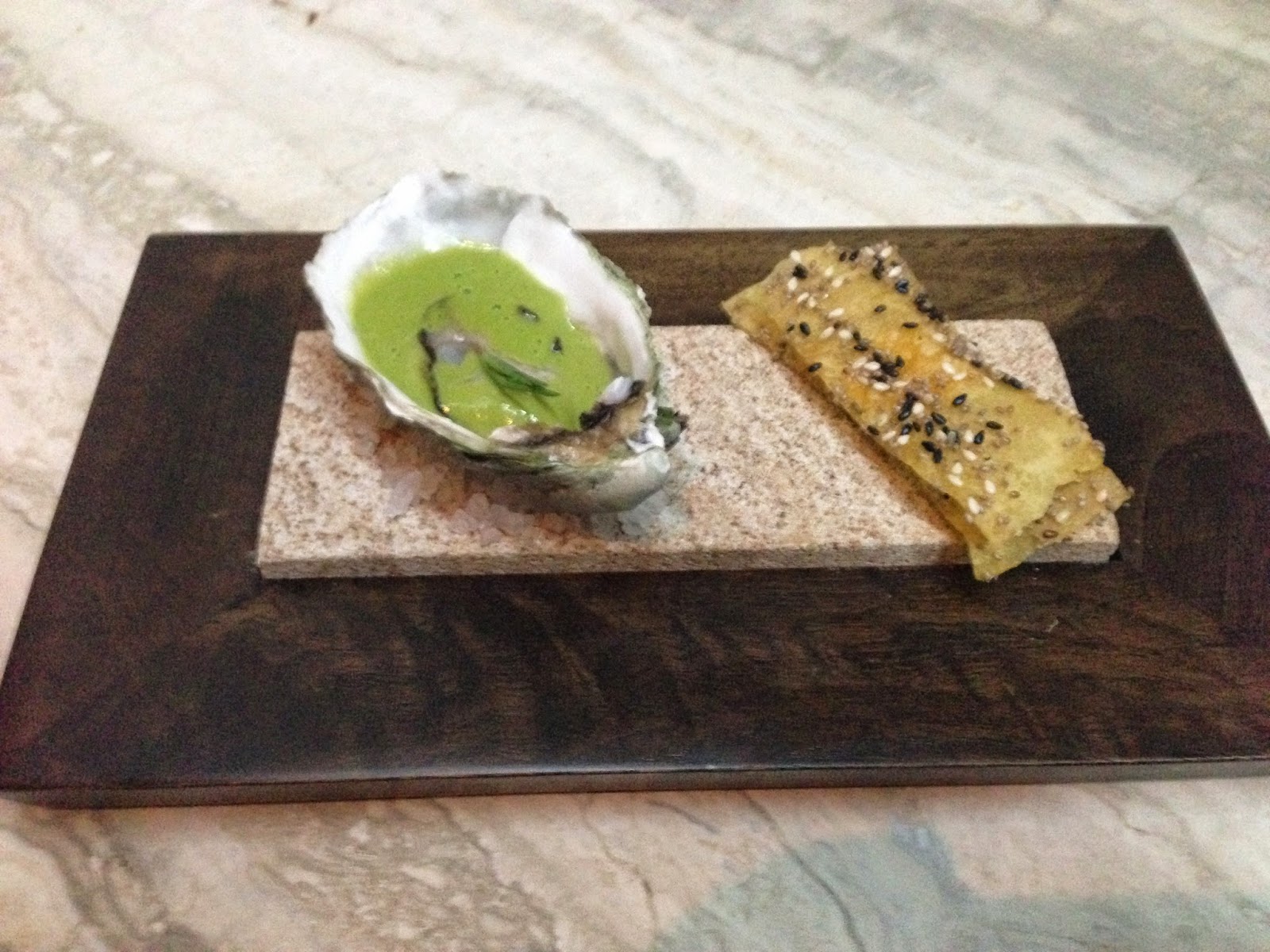 Coffin bay oyster with wasabi and pea broth (omnivore) alongside potato and sesame thing. Like a really fancy potato chip. I would love to eat a bag of them, let me tell you. Even whilst running the risk of ending up with many sesame seeds in my beard. 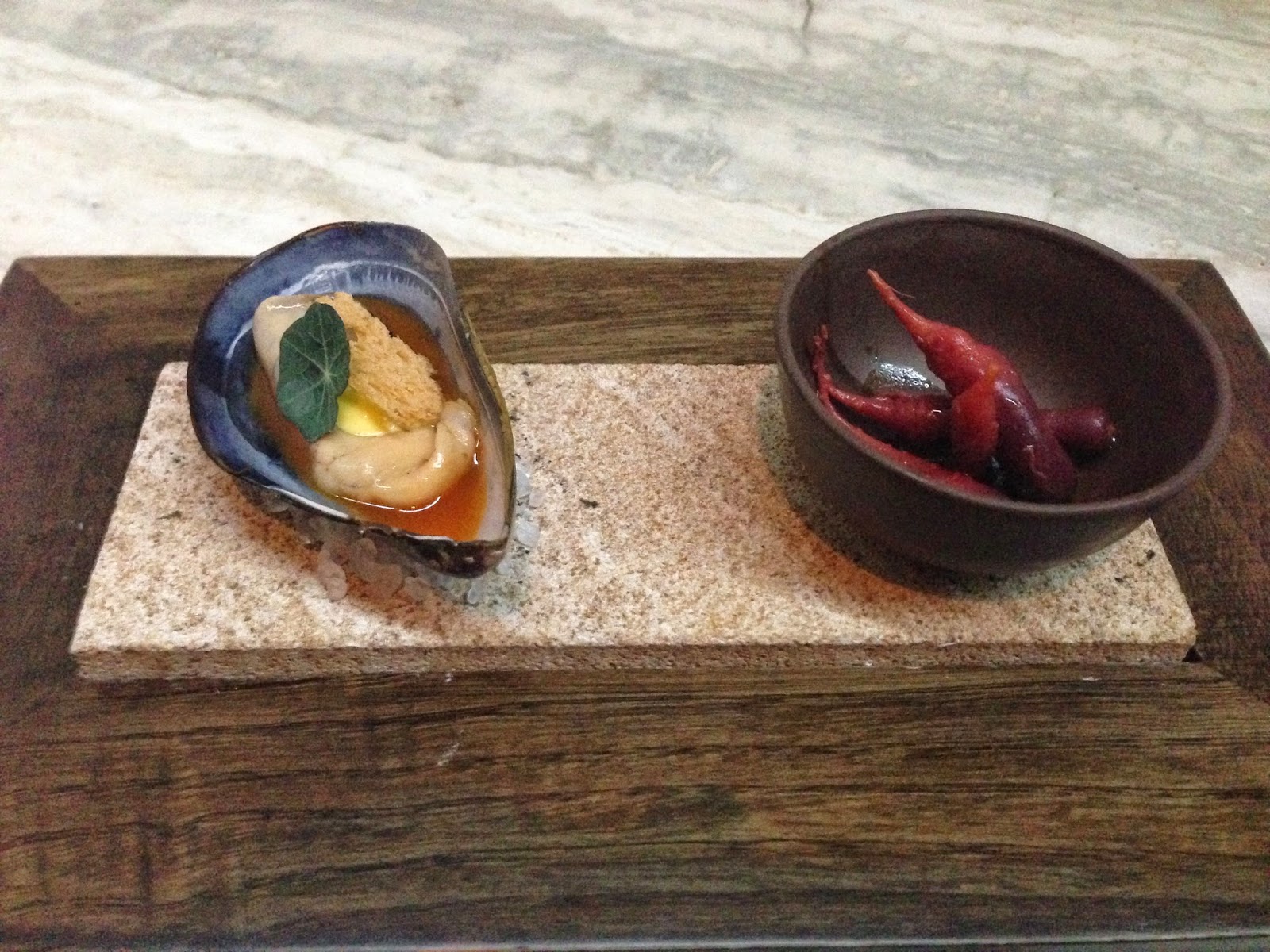 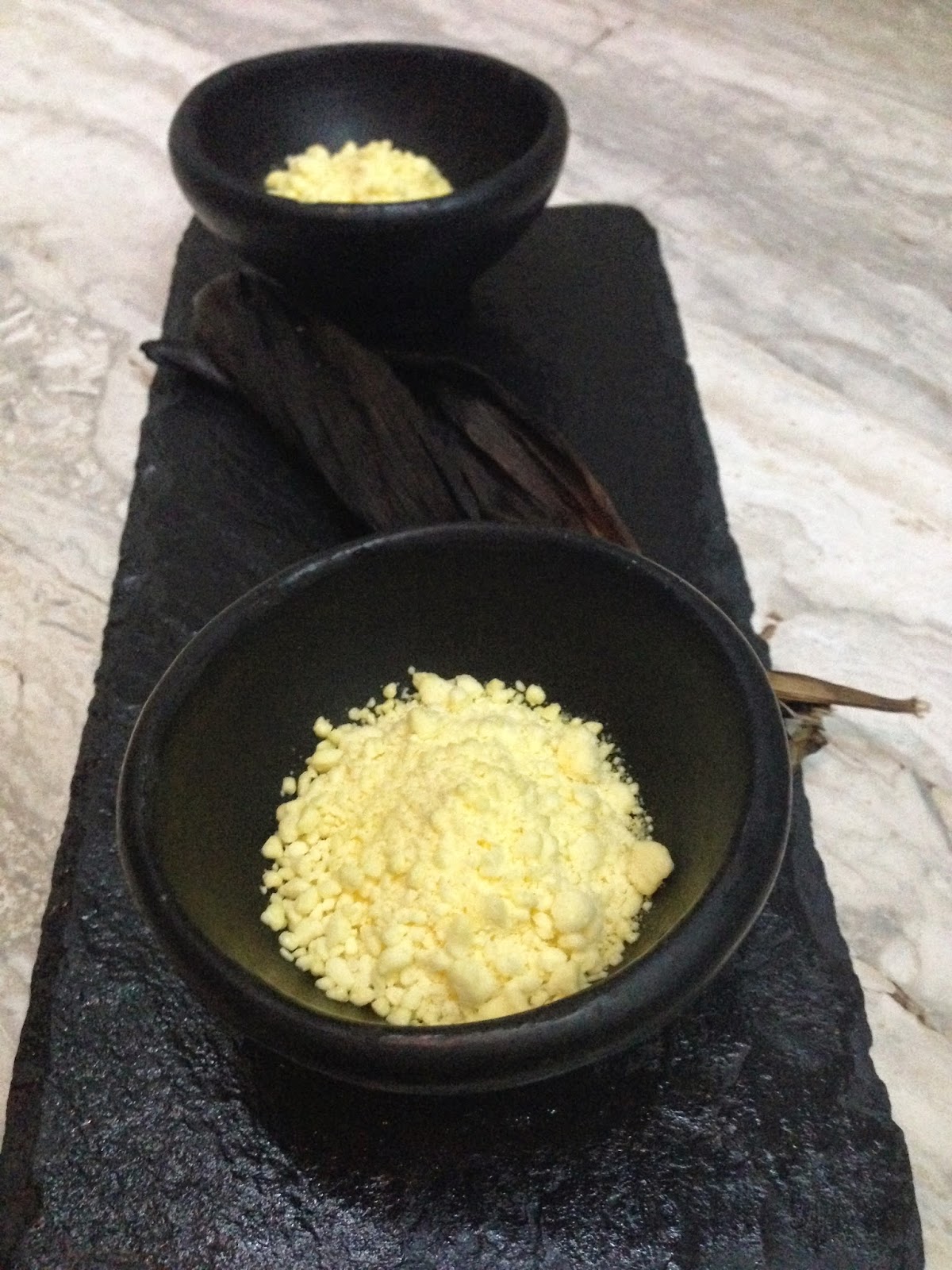 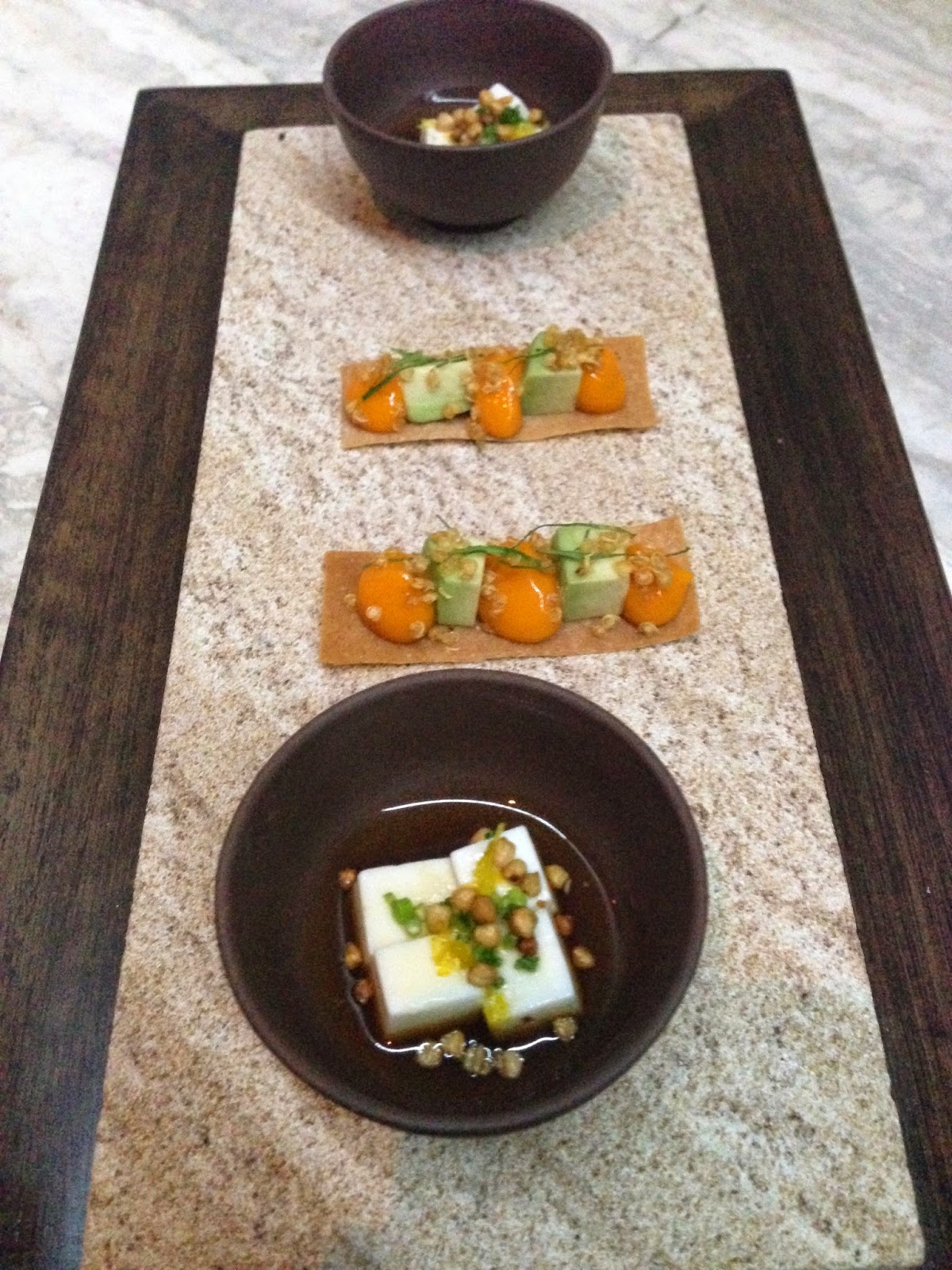 Tofu, ponzu. Avocado, capsicum. The tofu in ponzu, kim chi and toasted buckwheat was interesting, but I found the vinegaryness of the broth a little overpowering, especially when previous dishes had gone along these lines. The thing in the middle - a sort of latin american spiced AWESOMENESS with the avocado was really something to behold. This is where the art comes in - something so small and simple has no room for error - and there was no error. Perfection. 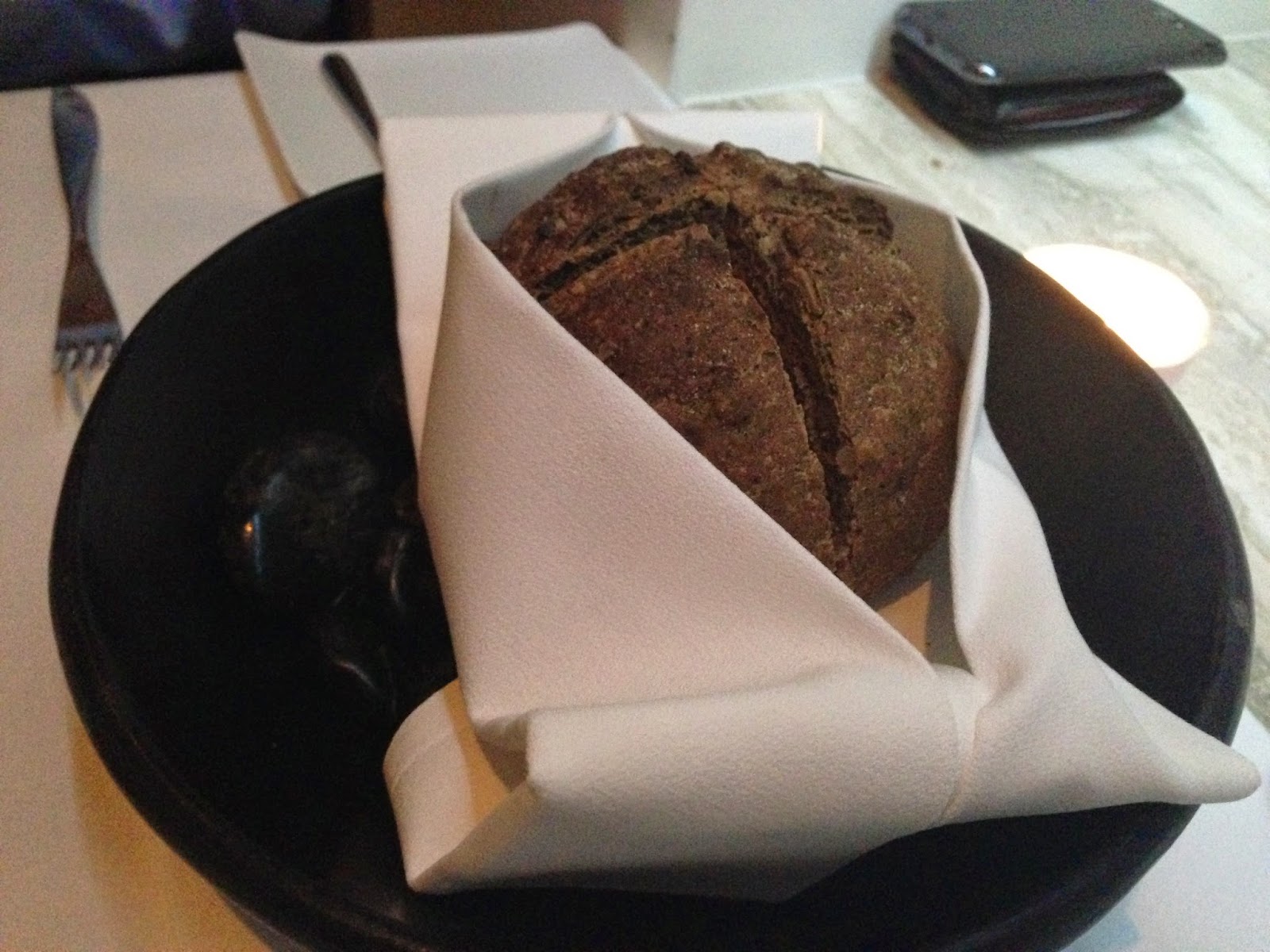 Just bread, right? No way. Rich, dense, chewy, incredibly moreish bread studded with macadamias. I knew this was going to fill me up, but still couldn't stop. 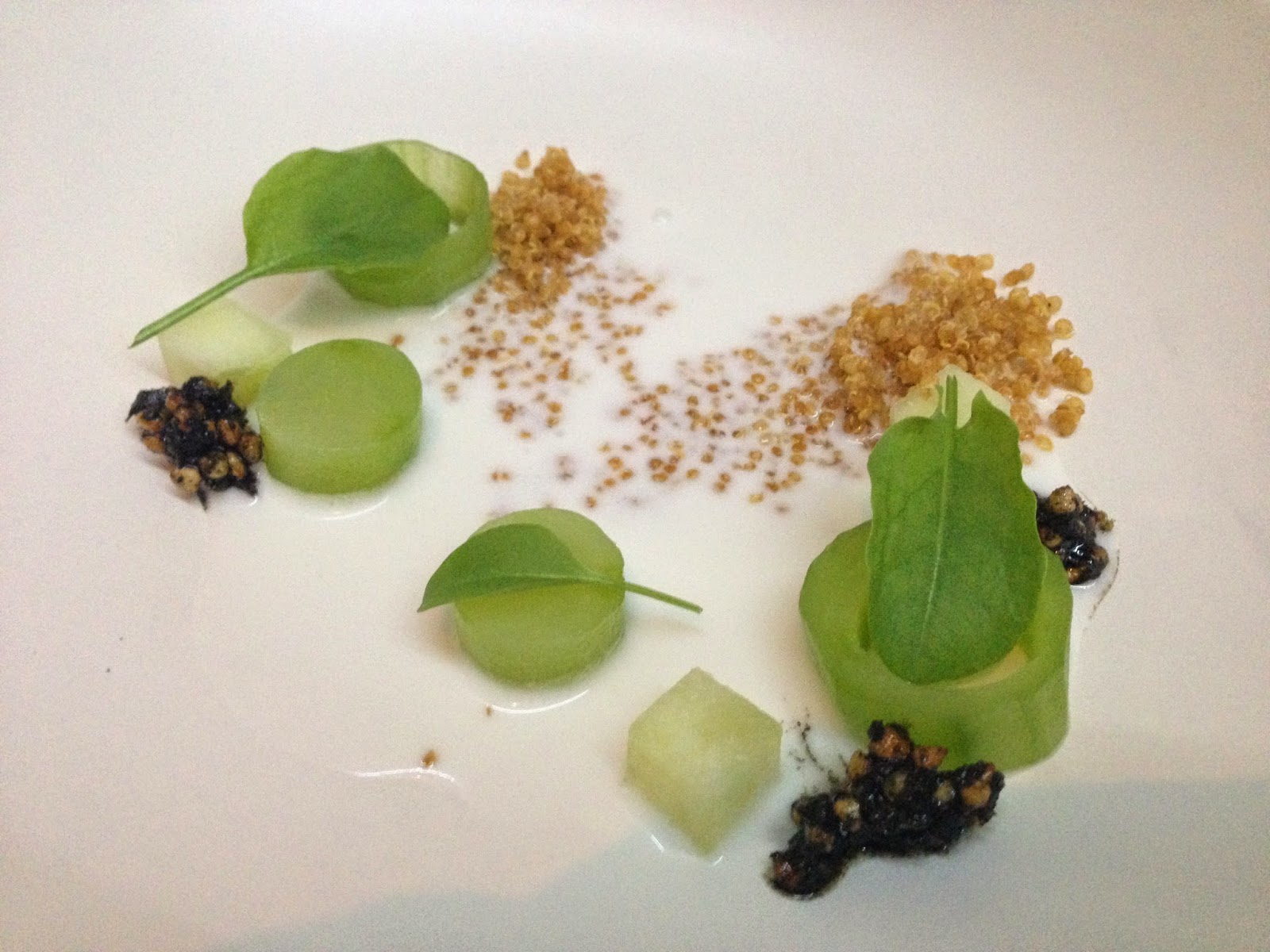 Quinoa, cucumber, apple. Varieties of cucumber preparation, in a creamy sauce with quinoa and a char. A really interesting variety of textures, and the toasty quinoa was really unique. 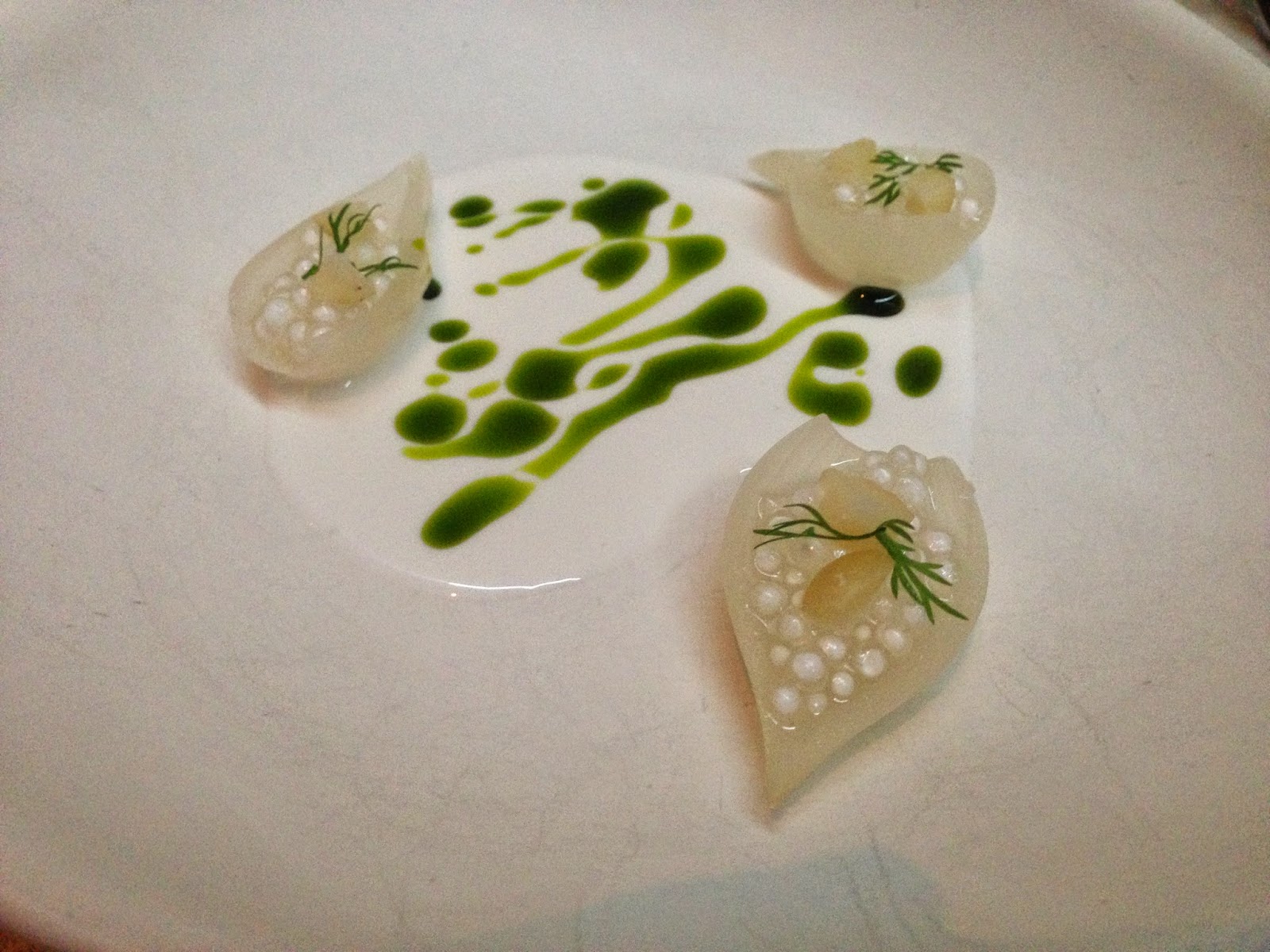 Onion, macadamia, dill. Onion and dill, in a macadamia cream sauce. The omnivore version was served in a beurre blanc, but we both agreed that this was the winner. So creamy and delicious. 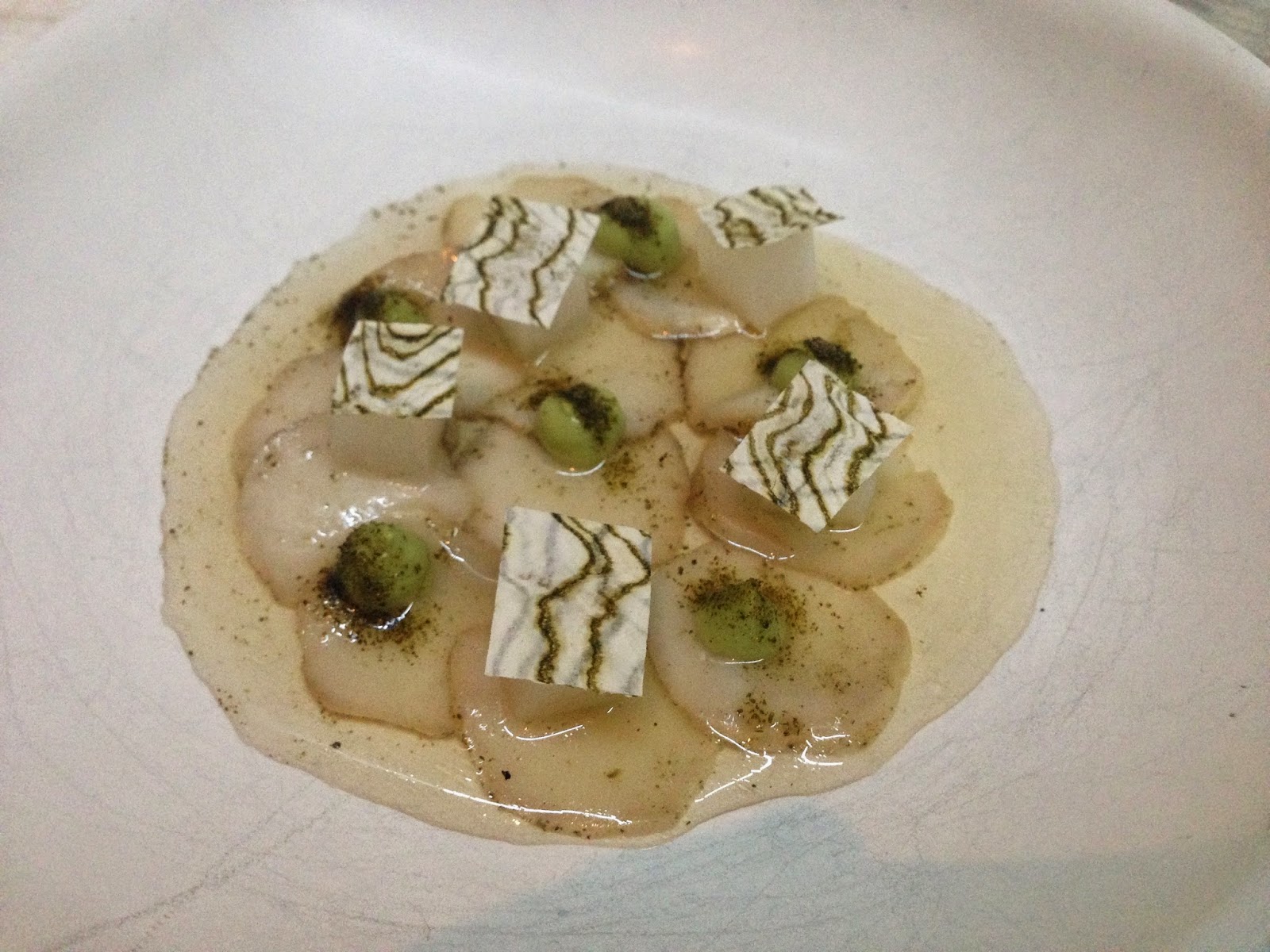 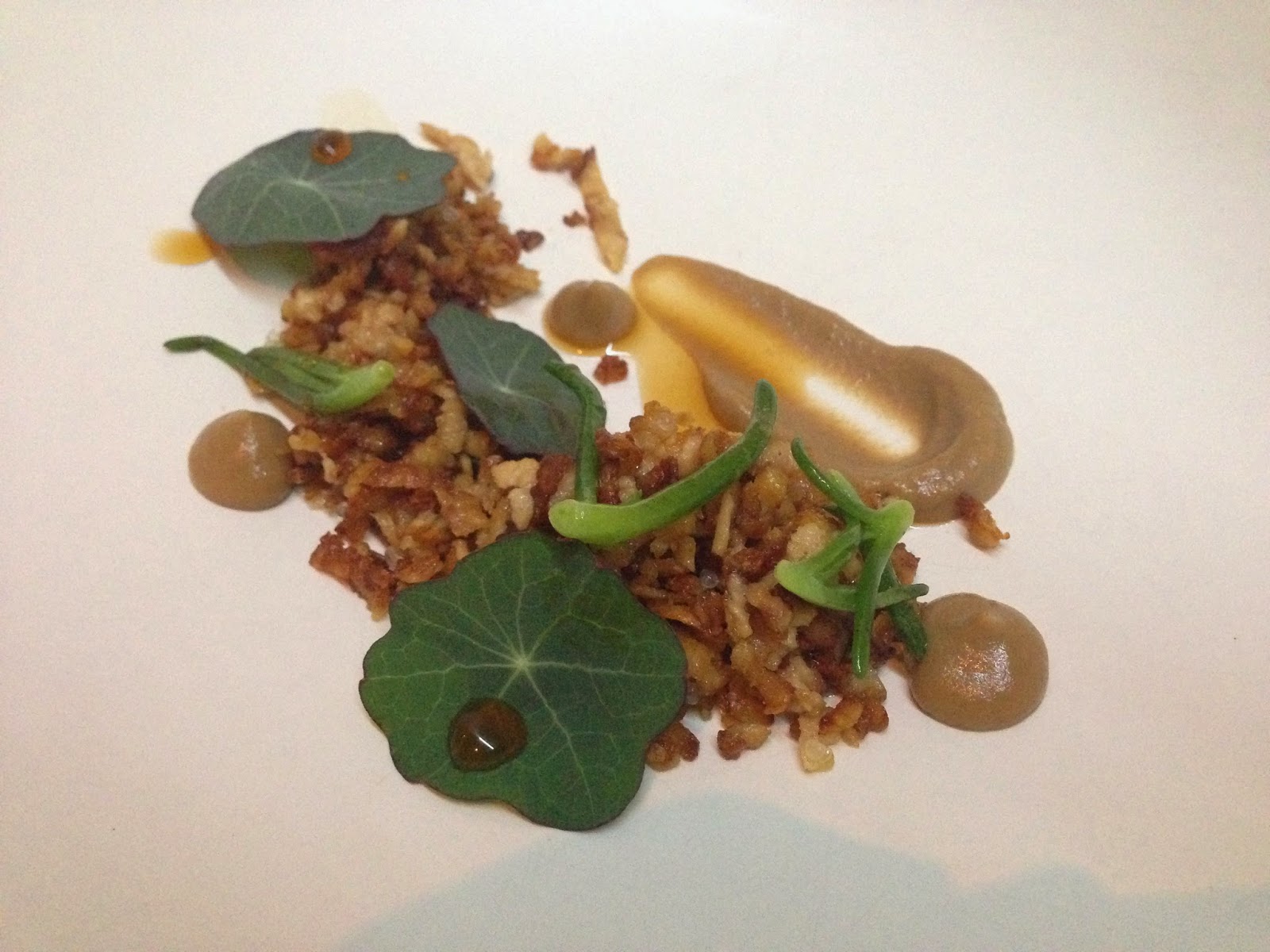 Tempeh, jerusalem artichoke, lime. Local tempeh by our friends at "Totally Tempeh" prepared in a really inventive way - crumbled and toasted/sautéed to perfect brownness. Jerusalem artichoke too, which is something I don't prepare at home. Nice and savoury. 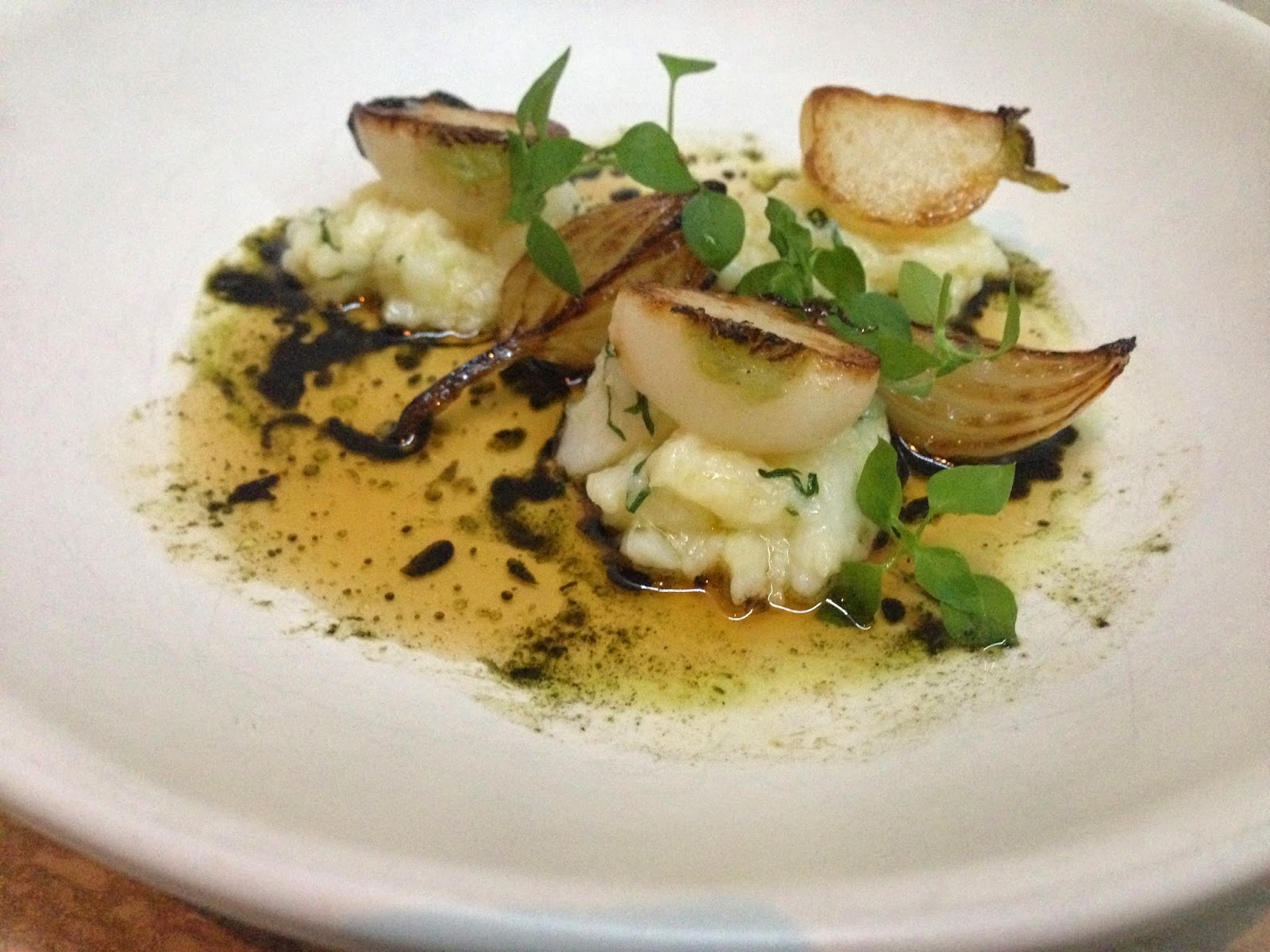 Turnip, potato, onion. Parsnip, smashed potato (yes, yes, yes!) and onion. Some interesting flavours and textures in the land of the middle - between light and dark. Lip-smacking but light umami. 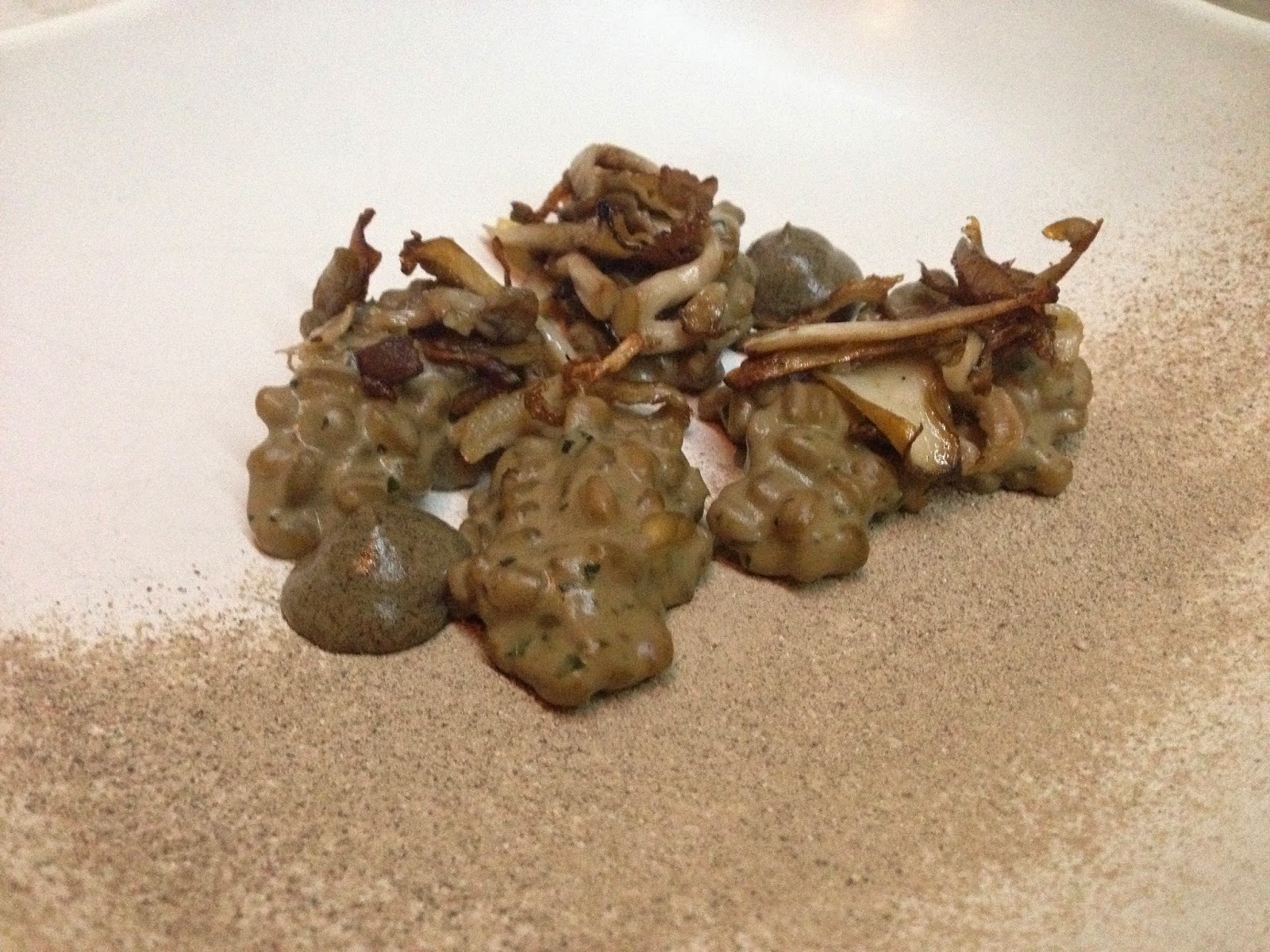 Pearl barley, eggplant, mushroom. Mushroom barley risotto with various mushrooms (including "dust"), and eggplant puree. The omnivorous equivalent of this featured lamb, but... this vegan version really knocked my socks off. This vegan dish had the flavours and satisfaction of a naturally charred smoky meat that would impress any omnivore. A real showstopper. 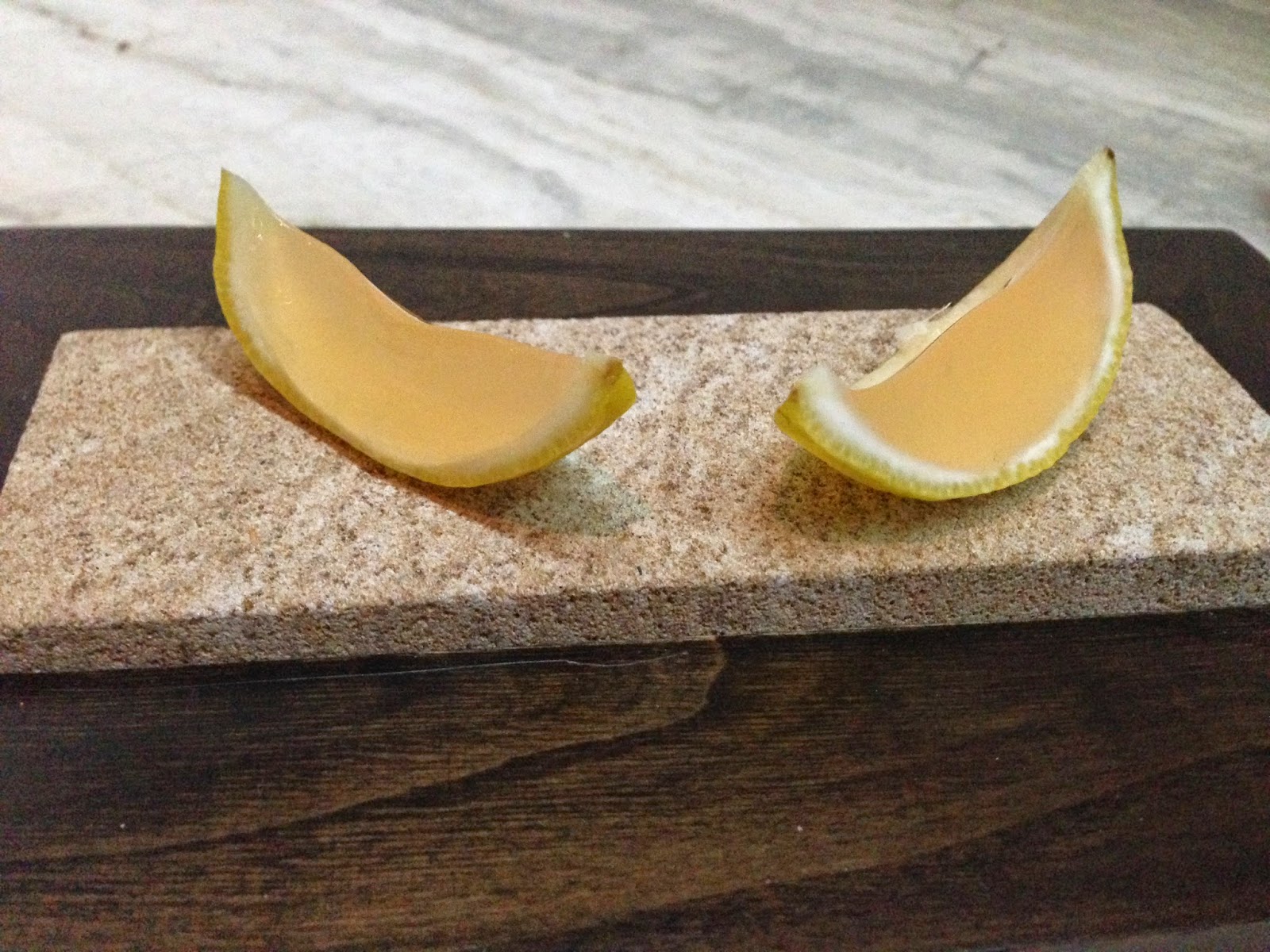 A palate cleanser. Grapefruit gel. Very runny, and so sour. A great opportunity for someone to take photos of me pulling awful faces. I'm super sensitive to sour or bitter, and this almost hurt my feelings. 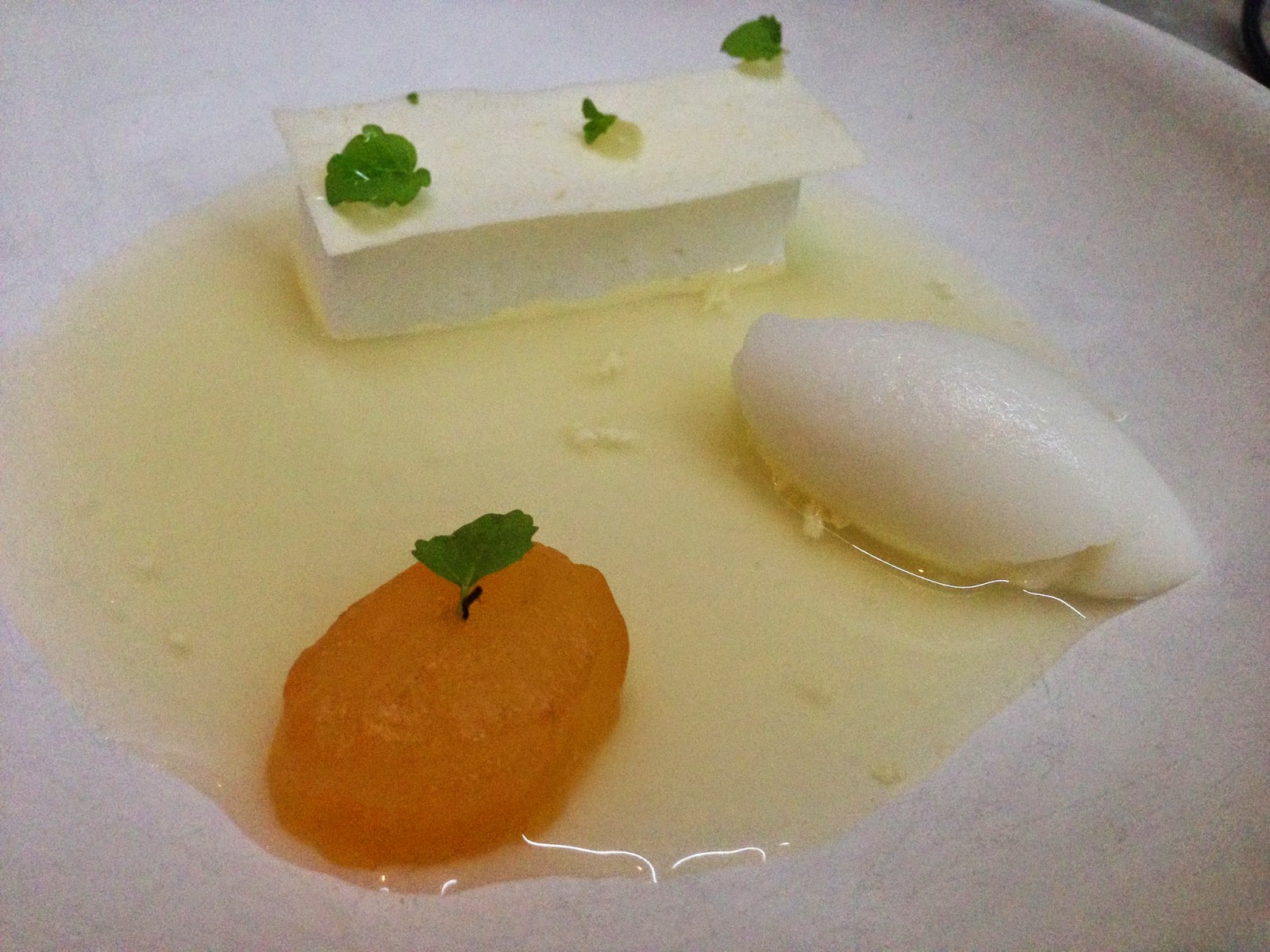 Local pink lady apple, lemongrass, ginger. (On the menu. Though perhaps this changed before service?) Dessert one. Granny smith apple was the featured ingredient. Sorbet, maybe poached (?) and an almost marshmallow textured sample, topped with dehydrated apple. The marshmallow-y confection was my favourite. 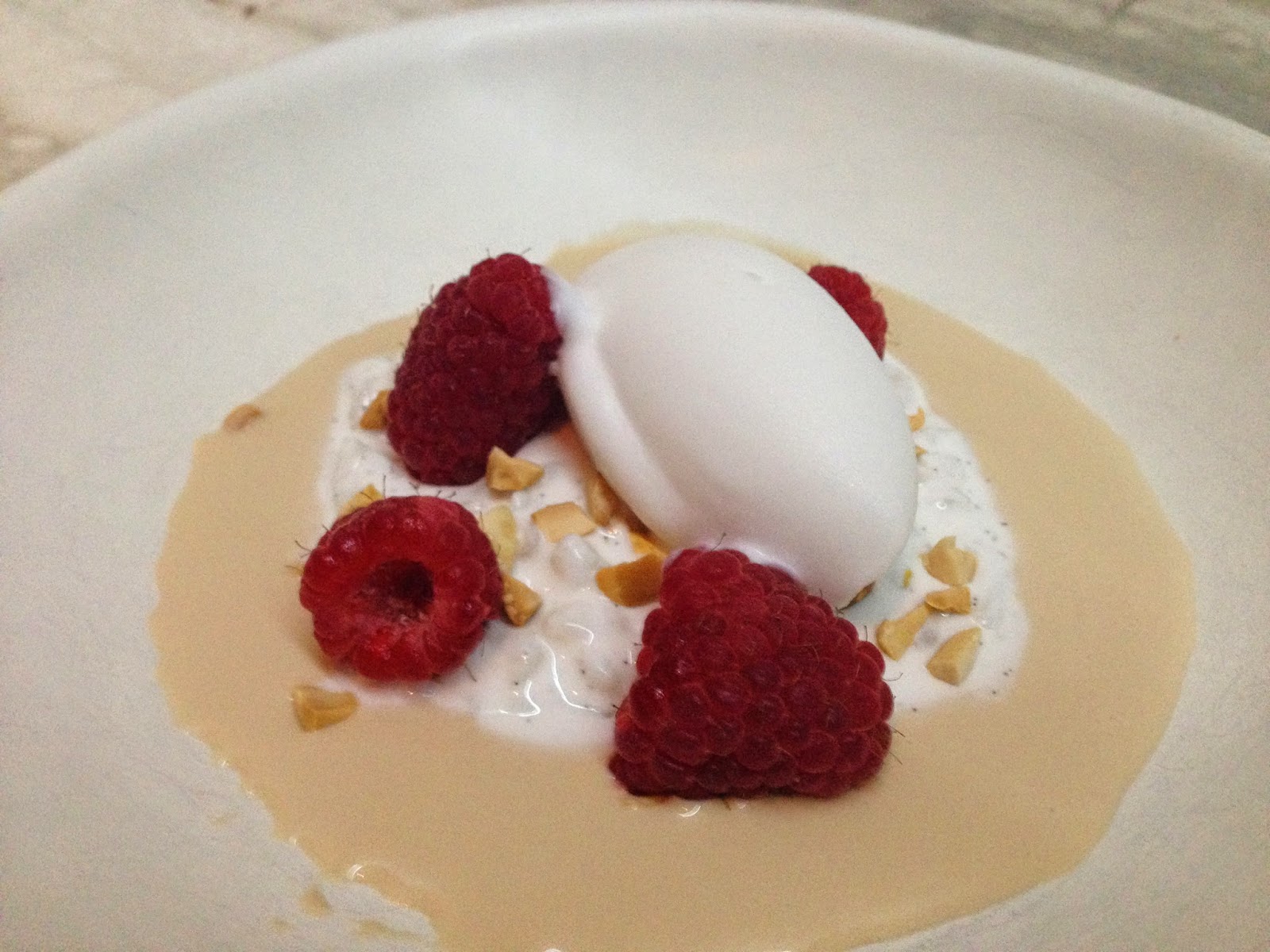 Coconut rice pudding, peanut, raspberry. Coconut sorbet with raspberries, toasted peanuts in a creamy peanut sauce. The sorbet was so rich and creamy, and who can go wrong with peanuts? For the win. A really nice way to end a highly enjoyable evening.

Keep an eye on Alejandro. Every time I see him, he's doing greater and greater things. This man is going to continue to push the boundaries and rise up. Urbane is very lucky to have him, and keeping people on the edge of their seats too, when so many restaurants are playing it safe. Bravo.

You can find our previous post about Urbane here. For more information about dining at Urbane, please see their website.