"Do you know a love like a bullet in the chest?" 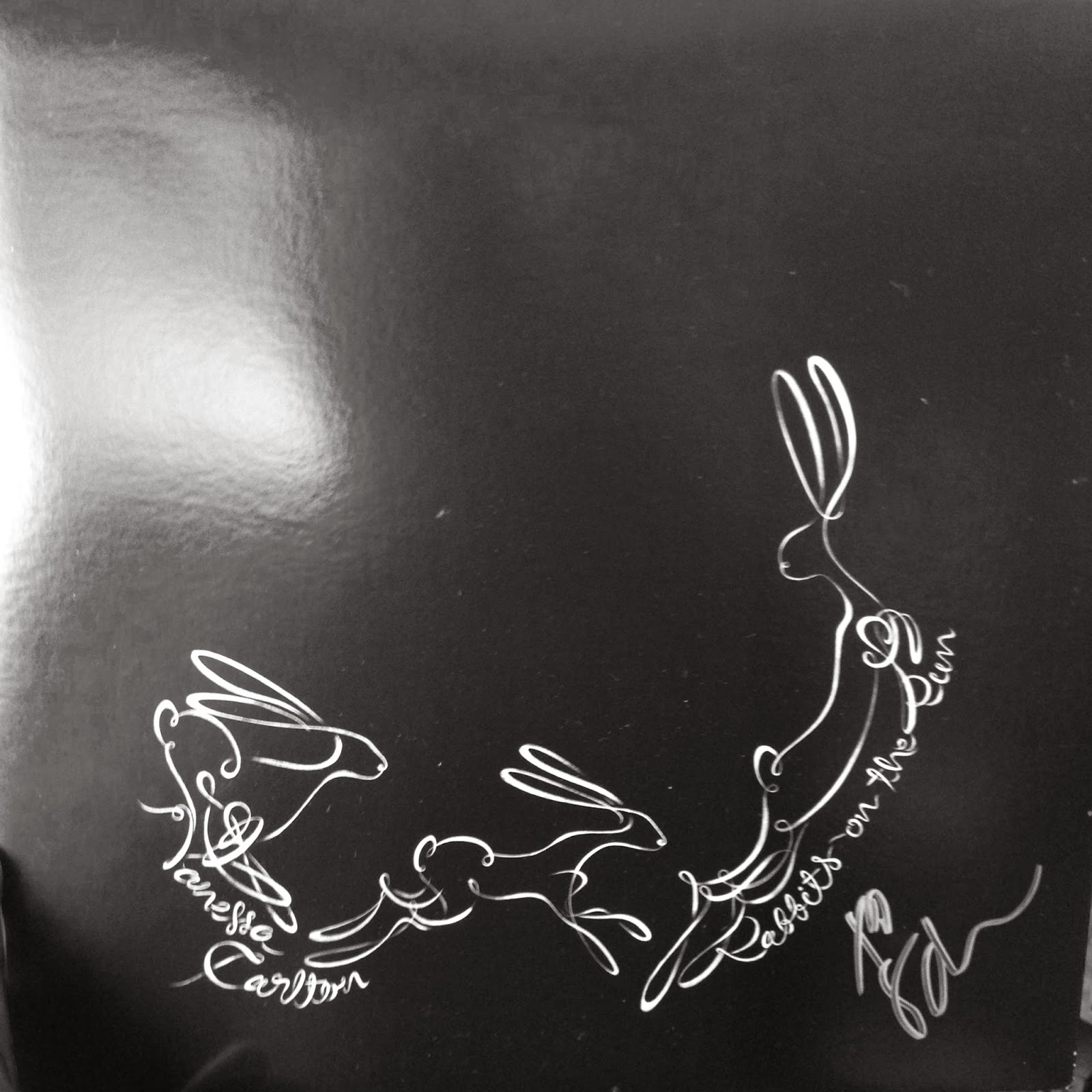 Since being an adult, so rarely do I hear an album that speaks to my very soul, cutting through the layers of soul sclerosis that we all harden our hearts with. Rabbits on the Run is one of those rare albums that succeeds in tearing off the layers, to delicately whittle its way into your heart.

You may remember Vanessa Carlton as the talented, earnest, bright and eager songwriter of “A Thousand Miles” fame. Well, let me tell you, things have changed. What hasn’t changed, however, is the magic at the still-beating heart essence of the work. This is real, proper MUSIC, and it's time to put the teenage girl preconceptions aside (and if you had them to begin with, look in the mirror and tell yourself that you're not cool enough to judge over and over again, until you start to believe it).

Nothing is overdone on this record. This isn't Kate Bush's "The Red Shoes" where everything was chucked at the bones of the song until they resembled a sonic panic attack/high-end screwdriver lobotomy. Recorded with old fashioned style, the magnetism of the tape has transferred and holds all of the mystery and emotion present in the room during recording. 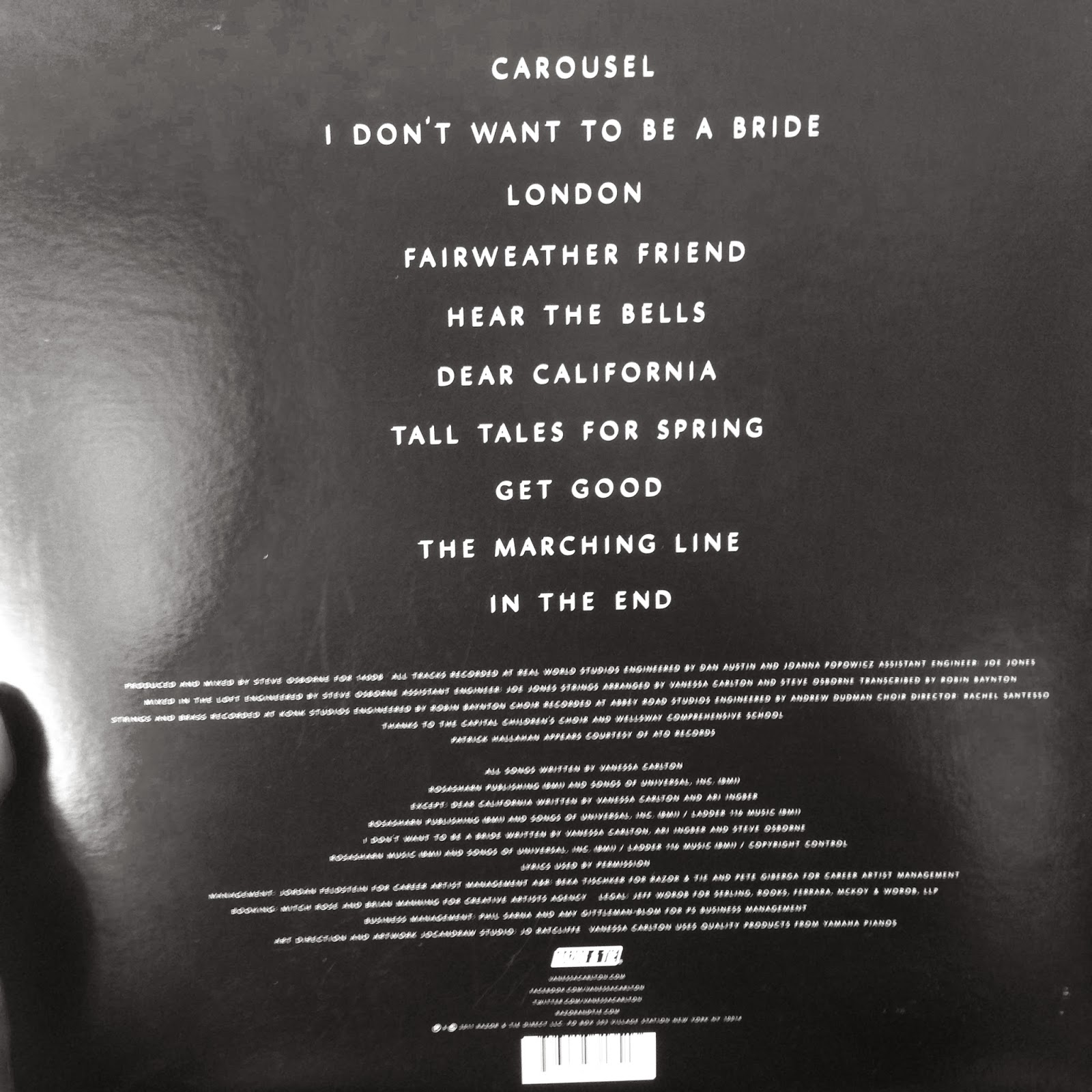 Minimalism abounds. Everything has its space. The echoes, the musicianship, and production work together beautifully to paint the sonic cars that you and I inhabit on our journeys forward through life - often starting out with another and finding ourselves at some point alone on the journey, alone on a desert highway.

The lyrics are oh so quotable, and breathtaking in their simplicity and ability to cut through you with microsurgical precision. Even when cynicism and sneering would be our protagonist’s easy way out, she shrugs and tells him she understands what he did, offering a comforting phrase to the “him” that most would enjoy tearing to pieces. 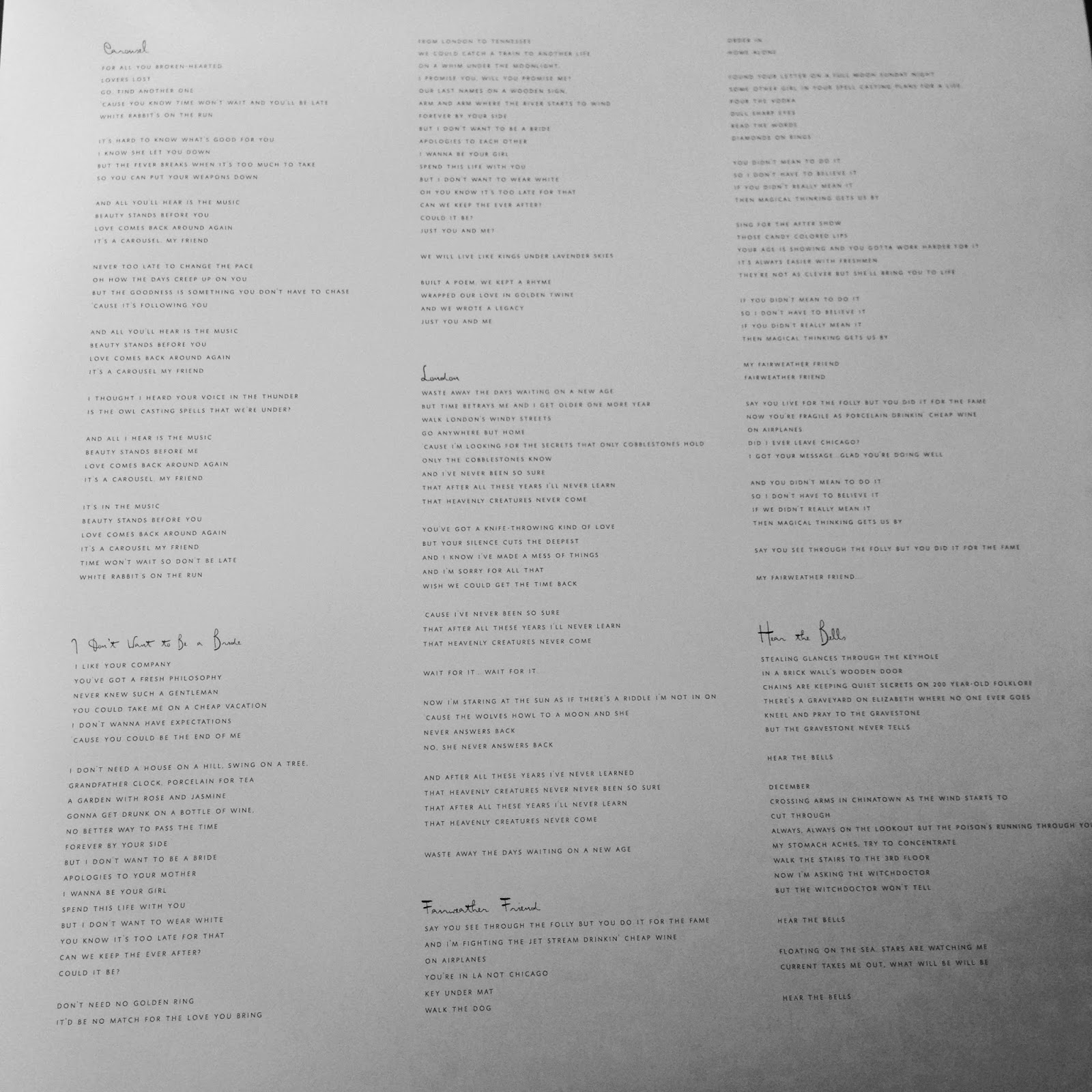 This is the kind of music Lana Del Rey would love to make - stripped of layers of pretension, and instead replaced by unquestionable talent and a way of crafting clothes for the songs that don't distract you, but instead tell you just a little more. Mist carefully settling in the atmosphere. Words carefully wrought, encircling you and telling your own story whilst telling her own. Spell-casting stories and lonely travels.

Expertly sequenced by the legend and friend/mentor of Vanessa, Ms Stevie Nicks herself, this album is a gorgeous, lush, honest, low-key emotional journey from start to finish. A concept mood piece, without any of the overwrought guff to take away from the music.

Seek this album out. It’s tricky to find, but available online and in highly recommended deluxe version with bonus acoustic live versions & behind the scenes videos on iTunes. 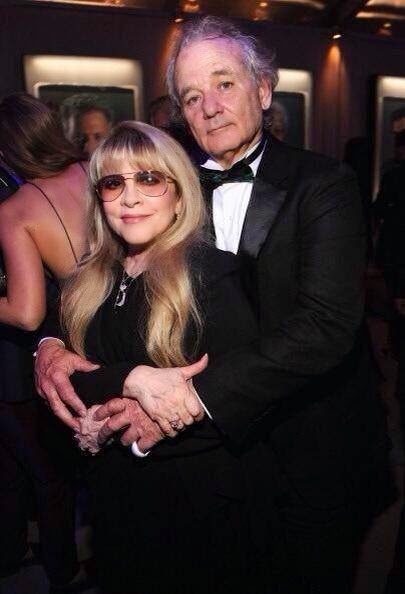 P.S. Here's a bonus photo of Stevie Nicks being held by Bill Murray at the 2014 Vanity Fair Oscars After Party. Because, duh, they're fabulous.